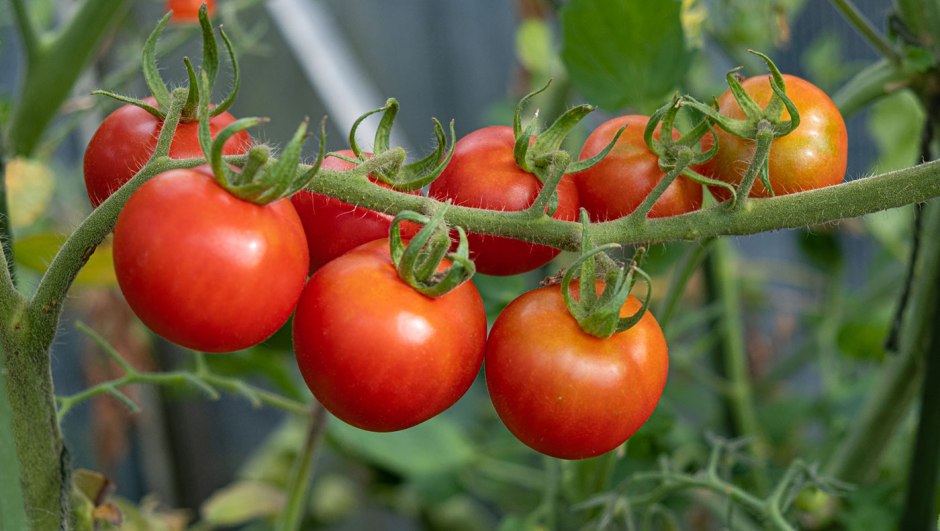 The 2020 tomato plants have now been evicted from the greenhouse; I’m sad to see some of them go because they’ve been delicious, others I’m a bit disappointed that they didn’t live up to expectations.

But first, a little success story. Earlier in the year when I watched the Chelsea Flower Show, I saw presenter Toby Buckland demonstrating how to make more tomato plants for free. It was such a simple process, that I thought it couldn’t possibly be that easy, and after a few days, when I had freed up a bit of time, I cut off some longer side shoots (those that I’d forgotten to take out, or just missed) and put them into pots. Seriously, it couldn’t be that easy to create a tomato plant? About 10 or so days later I removed them from their shady spot and took a peek to see if any had rooted. They had – all were growing well, and suddenly I had too many. However, I potted them all on, gave a few away and kept about ten plants, which grew at a surprisingly fast rate.

After a few weeks the cuttings from ‘Noir de Crimea’ (Black Krim) hadn’t produced many flowers, though ‘Gardener’s Delight’ and ‘Sungold’, (with Sungold in the lead), had so many that I decided to snip out the tops leaving just two or three trusses.

During this exercise, I googled ‘tomato cuttings’ and realised that I was possibly the only person on the planet that hadn’t realised how easy it was to make new tomato plants. Those plants would go on to produce tomatoes at the same time as the mother plant and the tomatoes would be full size.

They were small plants that took up very little space, and “Sungold’ were laden with delicious, sweet and tangy fruits.

However, let’s get back to the story of the main plants. ‘Noir de Crimee’ (Black Krim) produced a fair crop, but it didn’t look in any way like the tomatoes I thought I’d bought as plugs plants. They ripened without darkening, remained red, none were round and they were lacking in flavour.

‘Gardener’s Delight’ is a variety that I’ve grown for a good number of years, and although the plants produced a good harvest, the tomatoes, like ‘Noir de Crimee’ had very little flavour. With the addition of herbs and seasoning, they made a good few pots of soup, but not much better than soup produced from supermarket tomatoes.

If anyone can tell me what contributed to these flavourless tomatoes, I’d love to know. They were watered (I use two Quadgrow watering systems) and fed regularly, in the same way as the Sungold variety.

I’ve mentioned to my family that I won’t be growing tomatoes next year, but I know I might change my mind; though if I do it will just be a couple of ‘Sungold’ plants – and of course, I’ll take some cuttings as well. Perhaps I only need one plant plus cuttings. There’s a thought. 😁